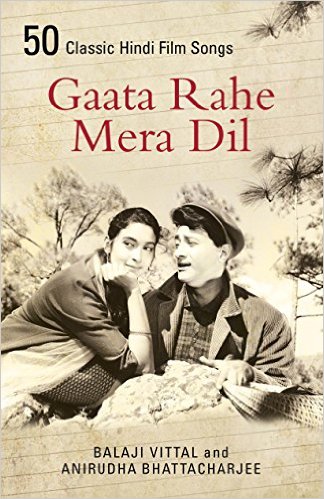 A young Indian banker in Tanzania falls in love with a girl back home. A 25-paise coin is given as a token of promised love — that he will come back to marry her. So when music composer Anandji Shah (of the music director duo Kalyanji-Anandji) happened to meet the young banker in Africa and was asked to carry his message to the girl, that he would be back soon to fulfil his promise, the musician returned to India to find out that the girl was getting married to someone else.

Musing on how to break the sad news to the banker, Anandji philosophically said to his friend, lyricist Indivar, “Ye kasme vaade, ye pyar wafa, sab baatein hain, in baton ka kuch bharosa nahi hai”. Indivar was fascinated by the line and that night one of the most soulful and introspective songs of Hindi cinema — Kasme-vaade pyar-wafa sab baatein hain, baaton ka kya… (Upkar, 1967) — got created.
And what happened to the banker of Indian origin from Tanzania? Ten years later he made a cult classic. His name was Chandra Barot and the movie was Don (1978).
Gaata Rahe Mera Dil: 50 Classic Hindi Film Songs, by Anirudha Bhattacharjee and Balaji Vittal, recounts many such captivating stories behind a selection of 50 songs and celebrates the creative geniuses responsible for them. The author duo, who won the President’s Award for best book on cinema for their debut work (R.D. Burman: The Man, The Music), have selected songs representative of the six decades — starting from Chale pawan ki chaal from Doctor (1941) to Dil hai chhota sa from Roja (1992) — showcasing music from the era of K.L. Saigal to A.R. Rahman.
The prologue narrates the very interesting story of the song Babul moraa, naihar chhooto hi jaye… This song was reportedly written by Nawab Wajid Ali Shah of Oudh when he was asked to leave Lucknow in 1856 and sent away to Calcutta by General Outram. Later, the same song was beautifully rendered by another Nawab, the first singer-actor star of Hindi film industry — Kundal Lal Saigal in Street Singer (1938). This was a classic before playback became the order of the day.
But the book is not just about trivia. It’s almost a biography of these 50 songs where each song gets a dedicated chapter — details about the origin of the song, behind-the-scene anecdotes, intricate observations about song picturisation and in-depth technical analysis are remarkable.
For example, did you know that Lata Mangeshkar was being pursued by Nakshab Jarachvi, the lyricist of her first blockbuster song Aayega aanewala (Mahal, 1949)? Irritated by his constant “Aadab arz hai”, Lata had to finally take action against him. Or, that musician Biddu had to attend Hindi classes at Bishop Cotton School in Bangalore to be able to read Indivar’s lyrics for Aap jaisa koi meri zindagi mei aaye (Qurbani, 1980)?
The stories about these 50 songs are sure to take you down melody lane. But you might also feel disappointed that some of your favourite songs — including the so-called iconic ones — are missing. That raises the question: Is it possible to choose just 50 songs from a repository of a hundred thousand and call them “classics”? For example, Mose chhal kiye jaye, Kya se kya ho gaya from Guide are included in the list, not Piya tose naina laage or the silky-smooth Din dhal jaaye. O.P. Nayyar’s Deewana hua baadal from Kashmir Ki Kali is among the 50, but his much better songs from Naya Daur or Howrah Bridge didn’t make the final cut.
In fact, you’ll be surprised at the inclusion of Mai ye sochkar uske dar se utha tha from Haqeeqat (1965) while the iconic Kar chale hum fida or the eternally romantic Zara si aahat hoti hai have been royally ignored. You cringe at some of their choices and feel it’s unfair. But then, it’s their choice and they methodically explain their reasons.
In the authors’ note, Bhattacharjee and Vittal accept that selecting 50 songs was “like being sent to Ali Baba’s cave of treasures with no hand baggage”. They clarify that it’s not a “judgement statement” by them and there could be at least 10 more books befitting the title “Landmark 50 playback songs”. Various aspects like genre, melody, rhythm, musical arrangement, landmark value, etc., were considered but finally the selection was straight from the heart. One may not agree completely with their list, but no one can deny that the book has been written and researched dil se.
There are the classics that all of us love, along with untold stories about them. Waqt ne kiya kya haseen sitam where the wife (Geeta Dutt) gave voice to the anguish of her husband’s love for another woman. That Kishore Kumar used the notes of the vibrant Main hoon jhum jhum jhum jhum jhumroo to create a sombre Aa chal ke tujhe mai leke chaloon. Did you know that W.M. Khan, the actor who sang Ae mere pyaare watan onscreen in the film Kabuliwala (1961), is the same actor who sang Hindi cinema’s first song in the film Alam Ara (1931)?
While the book talks about most of the artists and even the unsung technicians, arrangers and instrumentalists, important artists like Noorjehan, Shamshad Begum, Mahendra Kapoor, Rajinder Krishan, Ravi, Usha Khanna and others are left out (though, thankfully, with a regret from the authors).
Like their previous book on R.D. Burman, Bhattacharjee and Vittal sometimes go too much into the technical aspects of the compositions. The raga used, notes, major and minor scales, etc. For example, “The mukhra of Kahin deep jale… retains the pentatonic structure of shivranjani.” Or “The composers use two komal notes — dha and ni in the mukhra where all the other five shudhha notes give the song a major scale colour.”
This is the part where a common reader might feel unequipped to understand the nuances of classical ragas. But, then, with their deep understanding of music and vast knowledge of cinema, the authors are obviously not playing to the gallery. The readers who understand music would definitely appreciate the effort.
While reading the book, there were times I found myself humming the song that was being discussed. Sometimes I went online and listened to the songs. I seriously feel that a CD of these 50 songs should have accompanied the book. That would have enhanced the reading pleasure manifold. This is an important book with superlative research. An impressive account that not only documents six decades of Hindi film music, but entertains through its conversational tone and delightful anecdotes.

Yasser Usman is a journalist
and author of Rajesh Khanna: The Untold Story